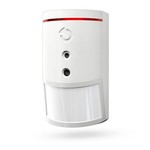 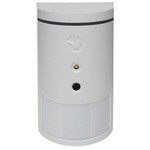 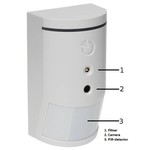 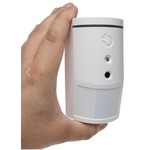 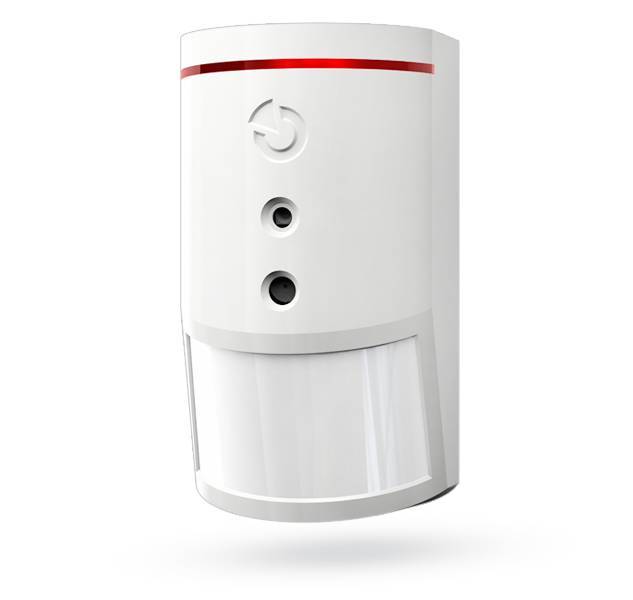 The Jablotron JA-120PC Bus PIR motion detector with a color camera that takes color photos with a resolution of up to 640 x 480 pixels.

The detector detects movement within the monitored area including a visual alarm confirmation. The detector is equipped with a flash and infrared lighting for taking photos at night. The camera takes digital color photos in JPEG format during an alarm.
When a motion is detected, the camera takes a series of photos. The photos are stored in the detector's internal memory and transferred to the control panel in compressed format. From there the images are transferred outside the building. 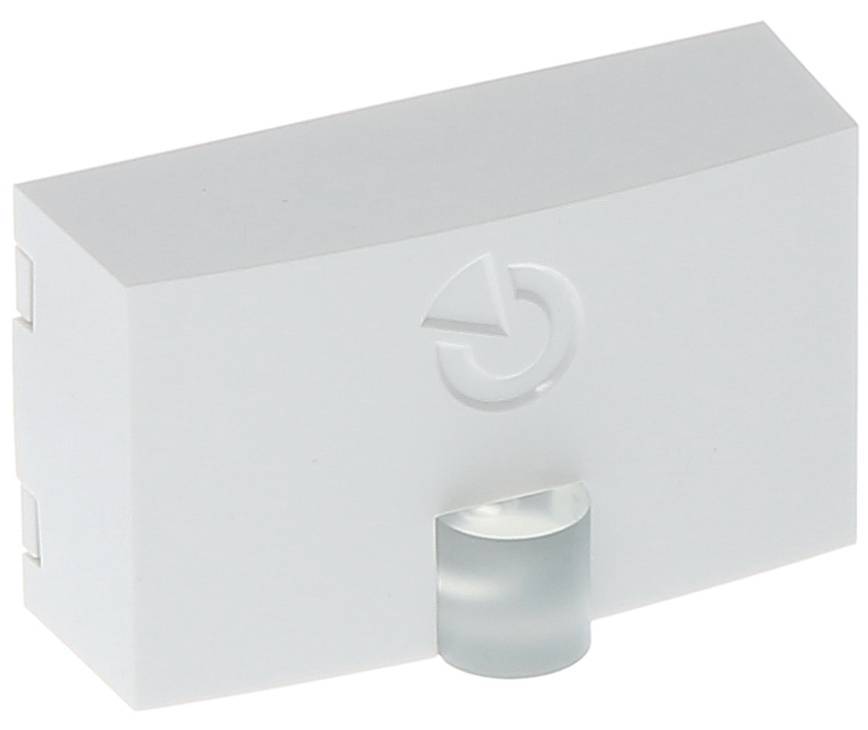 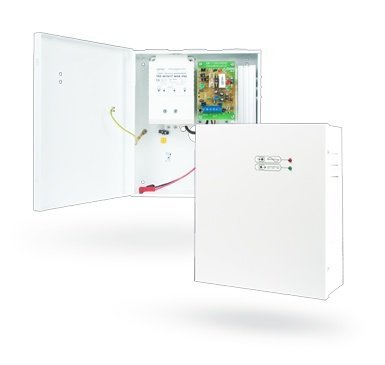 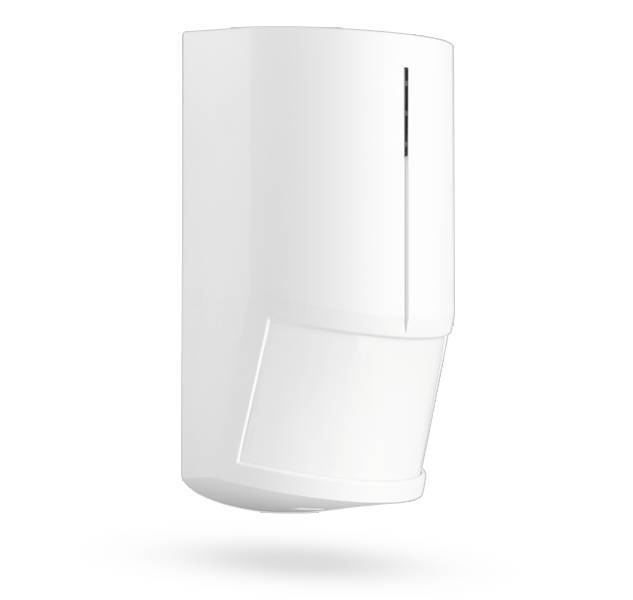 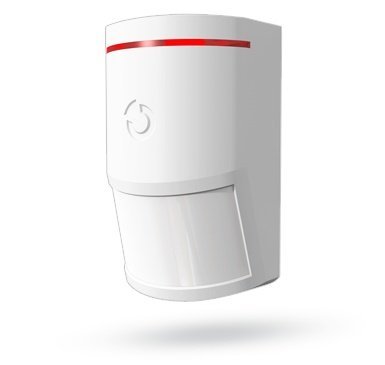 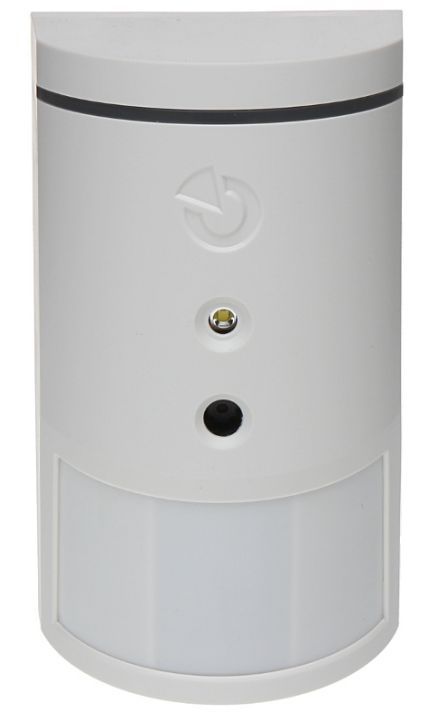 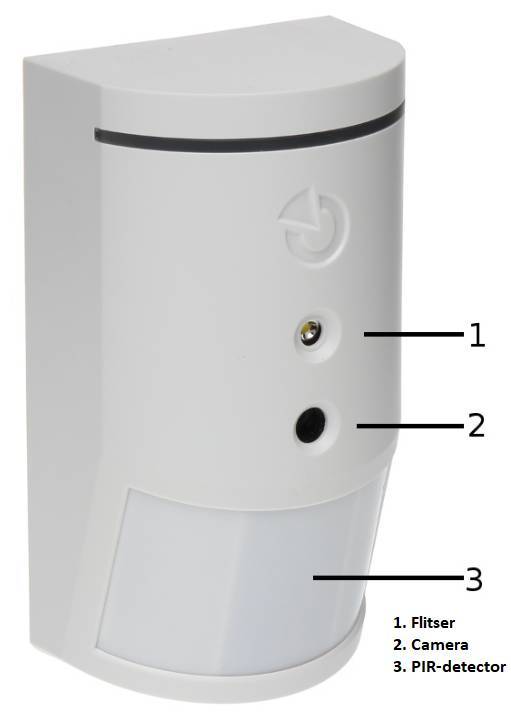 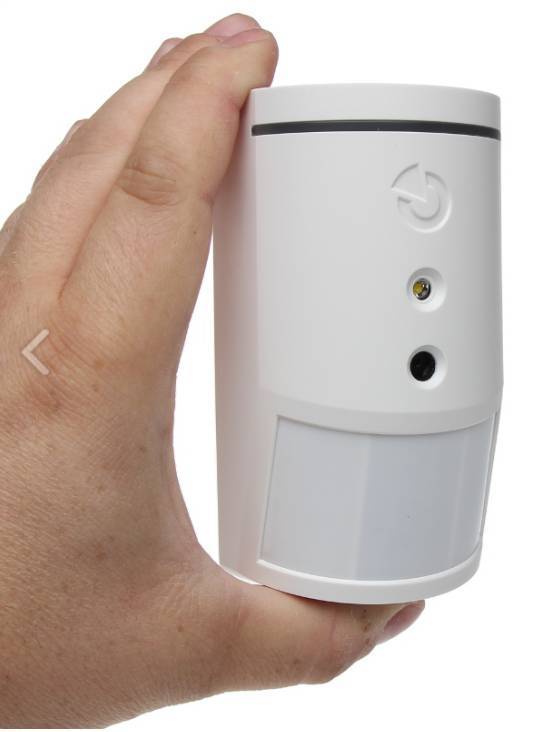 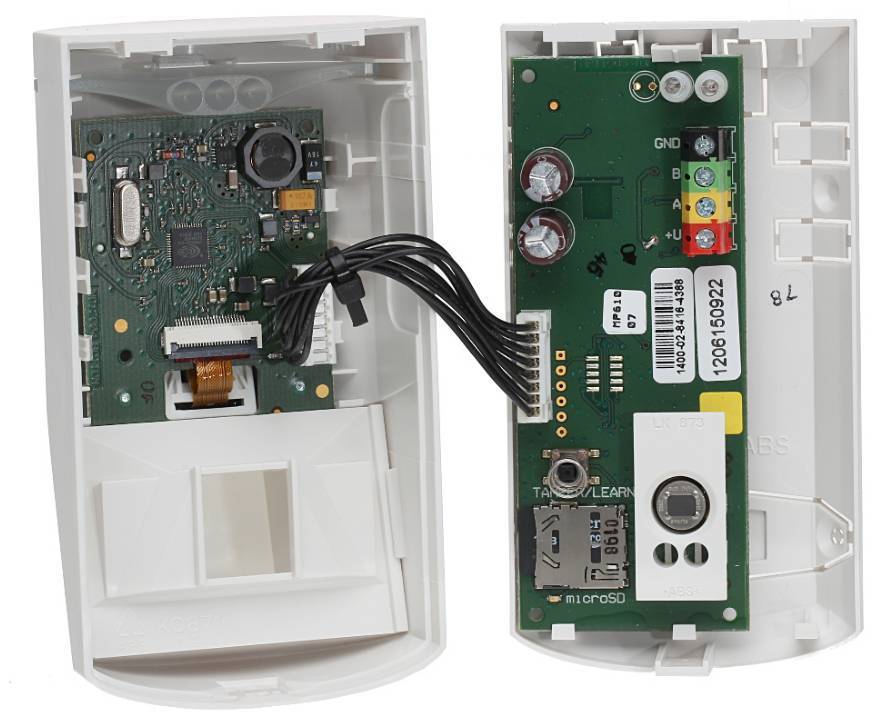 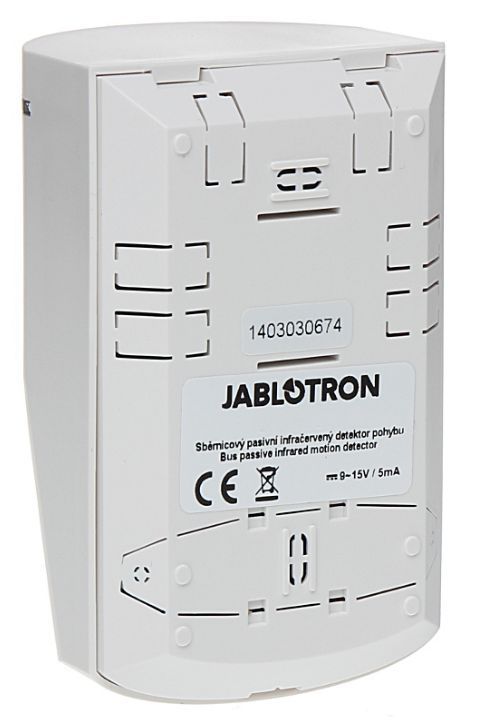 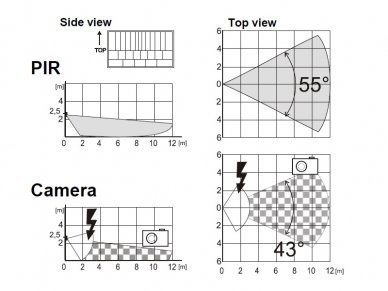 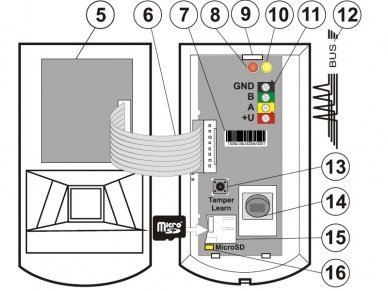